An audio story about biomimicry

Although the term ‘biomimicry‘ sounds a little bit complicated. The idea behind it is really quite simple. But first, a little bit of history about us and our children’s audio story. When we first created our audiobook, Rockford’s Rock Opera – the Creatures have a Secret – back in the mid 2000s. we had never heard the term ‘biomimicry’. In fact, it was only coined back in 1997, and so at that stage was only used by biologists and zoologists.

However, when we wrote our story about extinction at the effect that man is having on the planet we wanted it to be a positive story, and not one that simply looked at all the problems of the world. We looked to spread the message that, ‘The Creatures have a Secret’.

Velcro – a character, and an early example of biomimicry

And so we created our hero. A little small sticky creature, called the Cocklebur Ick, made extinct because of its ‘secret’ sticky fur.

A little bit of background here. Although Cocklebur Icks may not be real, cockleburs are very real and, in fact, the inspiration for the invention of Velcro. (You probably have Velcro hook and loop fastenings on your shoes and jackets).

Anyway. Cockleburs are the small round seeds with hooks on the outside that can get stuck to your clothes (and to your dog!) when you walk through long glass. And it was these small, amazing pieces of natural design that were the inspiration for the creation of Velcro b in the 1940s. A scientist simply looked at the burs/seeds under a microscope, saw the little hooks, and realised that they were attaching to little tiny loops in the cloth of his clothes and in the fur of his dog. And so, recreating these out of man-made materials his fortune was made. This process, learning from nature to create a human invention, is what is now known a bio (life) mimicry (copying).

So, Velcro was both one of the first examples of biomimicry and the inspiration for our little hero, the Cocklebur Ick.

From then on, the story of Lost on Infinity, and how a boy and his dog travel to a land of extinct creatures and bring back a secret that will change the world, had the idea of biomimicry at its core (although we don’t use the word biomimicry –we thought it might put people off!  – we introduced the idea that the creatures have a secret. The idea that every creature in the world has a secret and invention, to share.

A definition, from the Biomimicry Institute:

“Biomimicry is a practice that learns from and mimics the strategies found in nature to solve human design challenges—and find hope.” 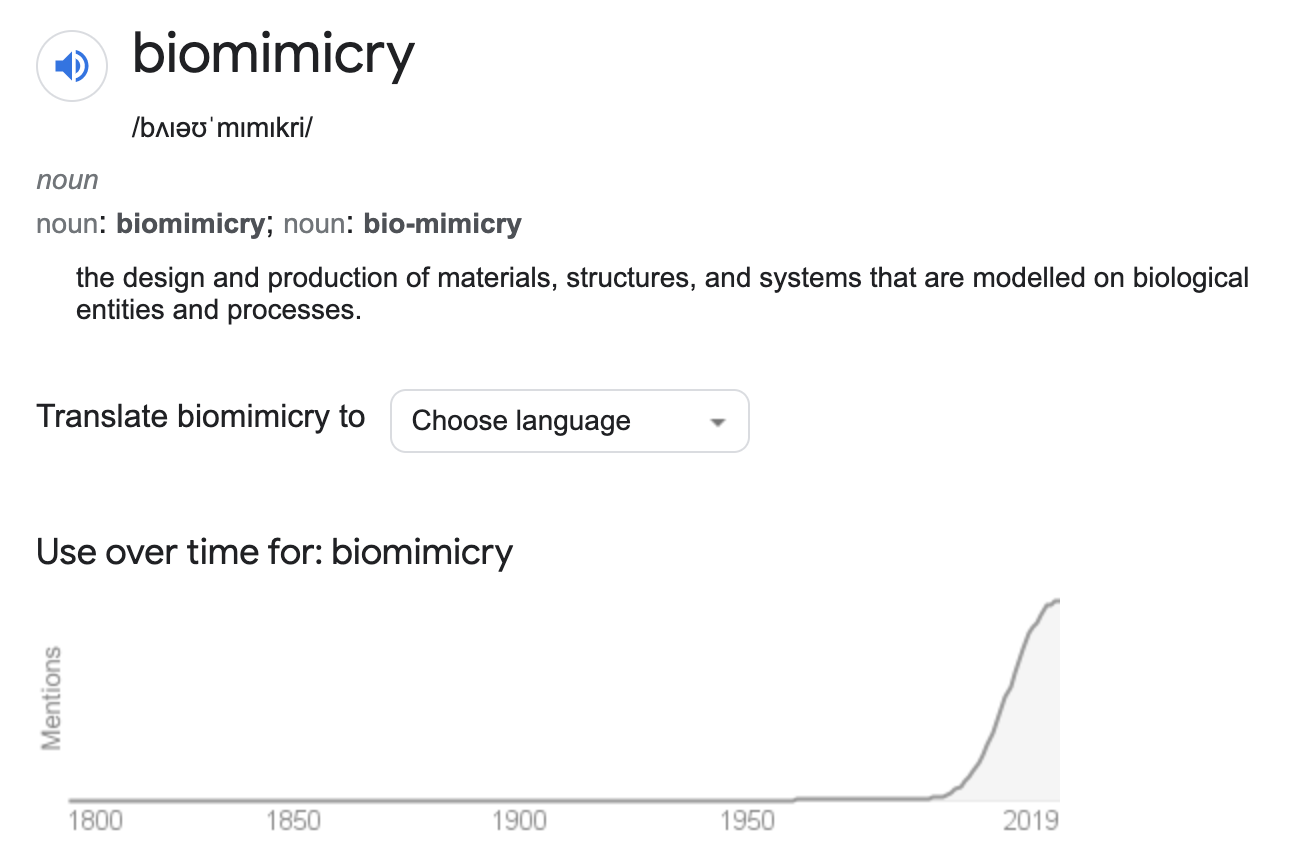 There are many, many amazing examples of biomimicry, from Velcro through to the shape of the Kingfisher’s beak inspiring design of the Japanese bullet train, through to whale sharks and how the design of their filter-feeding mouth has been used by scientists to create machines to pick up plastic from the oceans.

Biomimicry at the heart of our ecological audiobook

And so, in Rockford’s Rock Opera’s Lost on Infinity audiobook – the Creatures have a Secret – we explain how every creature and every life form has something about them, their own special secret, which is of use to the planet and to other creatures living on it, including us!

In this way, we wanted to say that losing creatures to extinction isn’t just sad. We are actually losing important inventions and inspiration that we could be using ourselves to help save the planet.

(For example, if there were no whale sharks, no one would have been able to study the species to work out how to create such an efficient way of taking plastic out of the ocean.)

We believe the planet is a treasure trove of natural ideas and inspiration developed over many, many billions of years. Fantastic solutions to problems that we all face. And if we look to the inspiration of nature, rather than trying to battle with it, we will find the solutions that we now need, not only to solve the challenges of climate change but also the means to live in peace and harmony with our shared planet.

A Children’s Biomimicry Audiobook – and a magical message

Isn’t it strange? Magical even… that the planet has the solutions for the very problems we are now facing? Solutions that are environmentally friendly? Natural… and created in harmony with all life.

And so that’s what biomimicry is all about. If you look at our website, you will find lots of free biomimicry lesson plans and lots more information about this extraordinary and growing field of science.

Get out into the environment and study nature yourself and think of what creatures could inspire more new ideas. Maybe you will be the next biomechanical engineer to work with nature to create a better world.

The Creatures have a Secret!