Back from the Brink

It’s all too easy to find the subject of extinction a rather gloomy one, but there is good news as well as bad. Of all endangered animals, whales have attracted perhaps the best-known conservation efforts, and these have undoubtedly been effective. After hundreds of years of increasingly effective hunting, for their meat, blubber and other products, many species of whale were very close to extinction; by 1937 only 3% of the original Right Whale population remained, for example. However, after a 20-year ban on commercial hunting numbers have recovered to the point where Humpback Whales, for example, are now considered only ‘vulnerable’, rather than ‘endangered’. But whales take a long time to mature and have offspring, which means their populations recover relatively slowly.

The population of Blue Whales in the Antarctic seems to have recovered from a low of around only 500 animals 25 years ago to perhaps 1,500 now – but to give some idea of how tiny this number is compared to the  original population, in one year alone (1929-30) whaling ships killed 30,000 Blue Whales in the same region.

A recent assessment of attempts to save endangered bird species clearly shows that we can turn around the trend of extinction, given the right efforts. The study identified 16 species of bird that were expected to die out by the mid-1990s, including the Norfolk Island Green Parrot, Mauritius Parakeet, and California Condor, but whose populations had in fact rebounded and, while they may not be out of danger, they are at least still with us. In one or two cases, the fragility of the birds’ future is such that the wild population is only sustained by breeding birds in captivity and then releasing them; and hunters still trap the birds, regardless of their rarity.  The 16 species represent only a tiny proportion (1.3%) of the endangered bird species, but nonetheless provide a valuable case study.

The research concluded that a significant difference to the overall loss in biodiversity in bird species could be made by taking measures such as preserving habitat, breeding or moving birds, and controlling cats and other introduced predators. But the good news is no excuse for complacency – without significant changes in the way we exploit resources such as tropical rainforest, the rate of bird extinctions is likely to rise.

The tiger, the biggest and most powerful of the big cats, is a species that could yet become extinct in our lifetime, at least as a wild animal. Under the pressure of hunting and loss of its natural habitat, several subspecies of tiger have already disappeared, and there remains a real possibility that the remaining subspecies may only survive in captivity, in zoos and safari parks.

The biggest sub-species, the Siberian tiger, can weigh as much as 320 kg, and reach 12ft long. Tigers hunt alone, surprising their prey in ambush. Very occasionally they kill humans, but the killers are usually sick or older animals that can no longer catch their usual prey; humans kill far more tigers than the other way round, and we are their only predator.

Despite efforts to stop poaching, tigers are still hunted for their skins, and for bones, teeth and other body parts used in traditional Chinese medicine. Whereas there were perhaps 100,000 or more in the wild 100 years ago, today there are probably fewer than 3,000 mature individuals of breeding age, and the worldwide population is broken up into smaller sub-populations in ever-shrinking regions of forest and grassland habitat; and tigers seem to need a lot of territory to thrive in the wild.

There is probably no single population with more than 250 mature breeding individuals, and all subspecies are now on the endangered species list. With as few as 3,200 tigers left in the wild, your support is needed. Now, You can find out more on the WWF site. 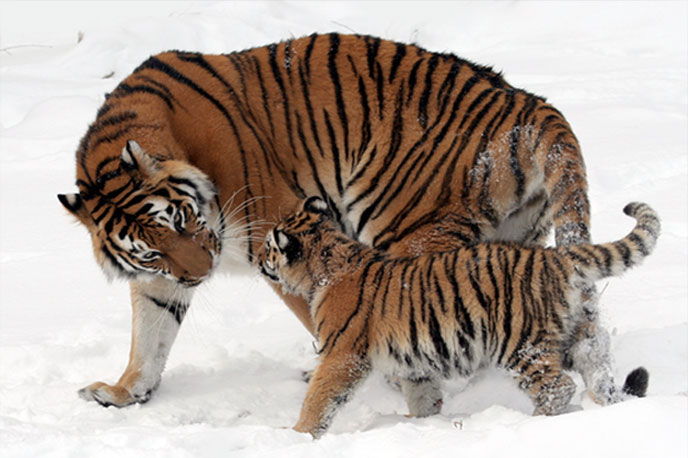 We don’t know where the solutions to our future challenges may be, and what seemingly insignificant life forms may provide the answers. Perhaps it will be someone reading this who’ll find them! And perhaps one day we’ll discover the greatest secret of all; how every species on earth can live together in harmony.

On the Rockford’s Rock Opera website, there’s lots more information about ways in which you can help the world.

We have also created a ‘CREATURES’ SECRETS’ Directory, which lists just some of the fascinating breakthroughs that have happened as a result of the study of plants and animals.

How You Can Make a Difference?

The good news is there are many, many people working hard to protect our world. They care for species and environments and help poor people in ‘developing’ countries so that they don’t have to exploit the natural world to make a living and to feed their families.

Is the world’s leading environmental organisation founded in 1961 and now active in over 100 countries.

Using their unique combination of practical experience, knowledge and credibility, they work with governments, businesses and communities all around the world so that people and nature thrive within their fair share of the planet’s natural resources.

To find out more and become a supporter, visit WWF website.

The natural world is a treasure trove of secrets, of ideas and solutions, worked out by plants and animals that have evolved over millions of years. But in order to share in this knowledge, we must protect and nurture life. Because, once life is extinct, there is no going back…

You Can Make A Difference 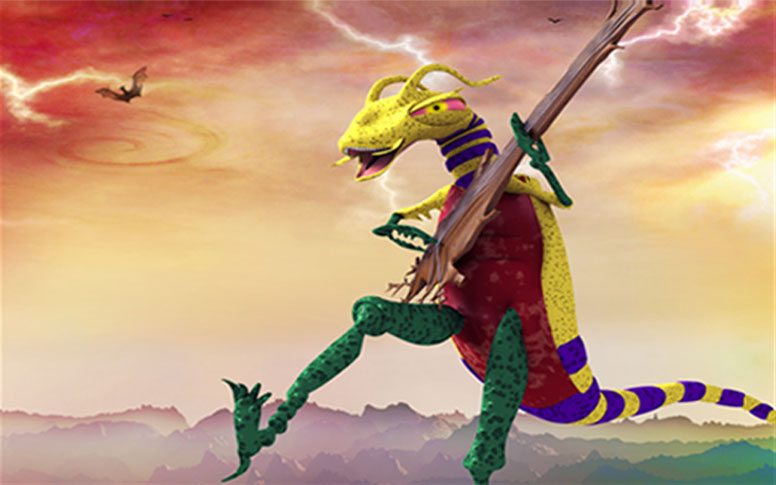