What is Global Warming?

By making small changes in our everyday lives, we can help our planet and all its creatures.

In the past, many creatures became extinct because they were hunted by man
or because their homes were destroyed when humans developed the land. It’s only recently that we’ve realised how important these animals are to our planet, and there are now many organisations around the world trying to preserve animal habitats and protect endangered species.

But there is another threat to the animals and us. It’s known as Global Warming.

We live in a unique world with stunning scenery, deep oceans, vast mountain ranges and a wealth of incredible flowers, trees and animals. And, although our planet is estimated to be over 4.5 billion years old, there are still parts of the world we haven’t even discovered yet.

If we are lucky enough to live on this remarkable, ancient planet, then we have a duty to care for it and the creatures we share it with.

Unlike other planets, the earth is surrounded by a layer of atmosphere, which protects us from most of the sun’s harmful ultraviolet radiation and controls the temperature on earth.

Although the sun is 93 million miles away, its harmful rays could destroy our planet if the atmosphere wasn’t there to protect us.

This protective layer of atmosphere is very thin: it needs to be so that heat from the earth can escape. In fact, if the world was the size of an apple, the atmosphere would actually be thinner than the apple skin!

But we humans are making this vital layer of atmosphere thicker. When we release gases like Carbon Dioxide (CO2) by burning fossil fuels (fuels like petrol, oil and gas, made from the very ancient remains of dead plants and animals) and as we cut down forests and replace them with farmland, this has the effect of trapping in heat and raising temperatures. This can result in extreme weather conditions which will affect the lives of all creatures, including us humans.

Creatures such as Polar Bears are already in trouble because Global Warming is melting their Arctic habitat. 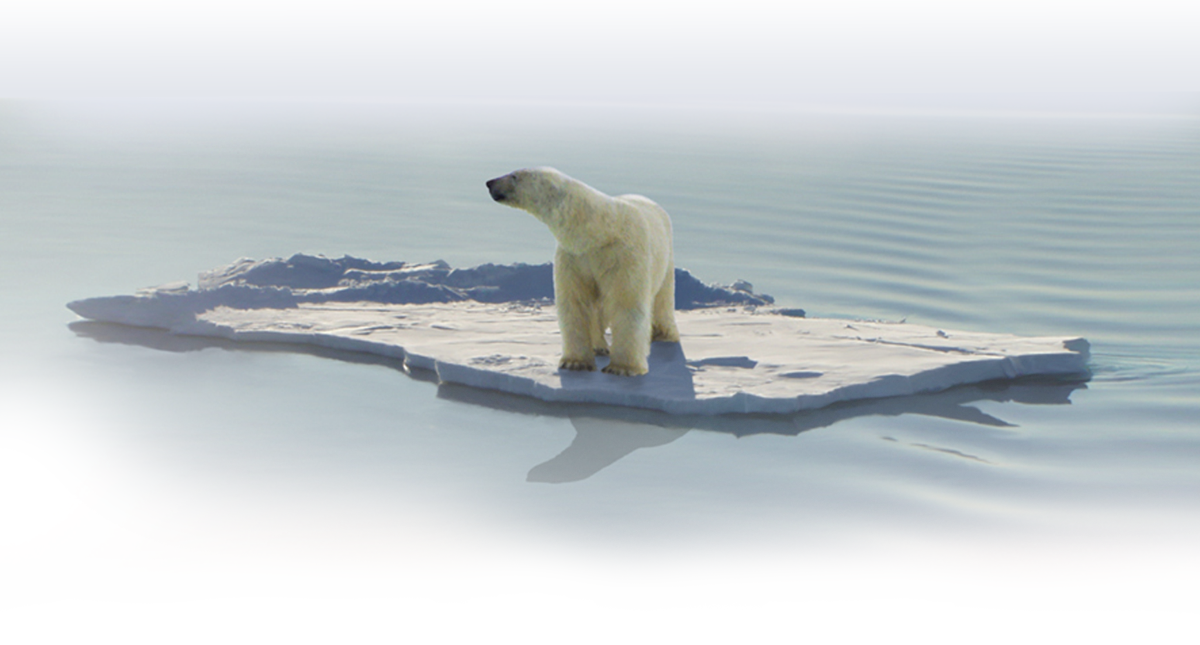 Throughout the Earth’s history, the climate has changed naturally for many reasons, but this time, we are directly contributing to a change. Humans are responsible for most of the CO2 gas that is being pumped into the atmosphere every day.

It is estimated that by the year 2050, rising temperatures made worse by the CO2 and other ‘greenhouse gases’ we produce could send more than a million of Earth’s land-dwelling plants and animals into extinction.

Unless we do something now. So please, find out more, make changes in your own life and try to influence those around you – friends, family, and politicians too.

“Our world is now under threat like never before. Globally, we are all using the planet’s resources faster than nature can restore itself. We are the first generation to know we are destroying the world. And we’re the last that can do anything about it.” WWF

We must ALL take action to prevent further damage to our beautiful planet. We can make a difference, and we can make it better, but only if we all work together.