The Teaslebak Ick is a larger, more ancient cousin of the Cocklebur Ick. So very spiky and sticky was the Teaslebak, it found the simplest of tasks a challenge and would often find itself stuck permanently, often to dangerous prehistoric objects, like dinosaurs. As a result, the Teaslebak Ick was not long for our world.

On Infinity the Teaslebak lives around the beach where there are few things to stick to.

Too sticky to survive. 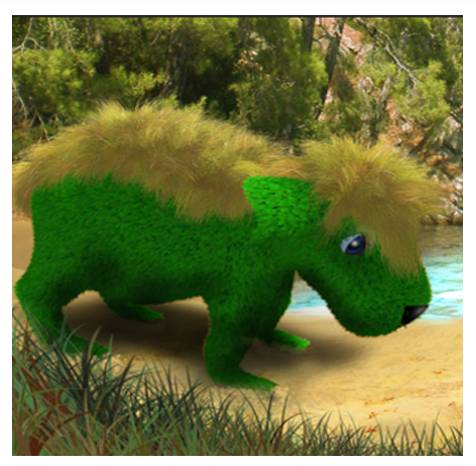