Cocklebur Icks were small, yellow creatures with rough, sticky, green stripes on their backs that once roamed the streets and parks of Great Britain. They were called ‘Cocklebur’ Icks, named after the small round, sticky seeds of that name. Cocklebur Icks were shunned by humans because their fur was so sticky they would become attached to anyone or anything passing by. Most people considered them a sticky nuisance, so Cocklebur Icks would hide in burrows during the day and play alone in the streets at night. This was all very sad because, Icks were trusting, warm-hearted and friendly.

Cocklebur Icks became rare in the 1870s when fur traders started to capture them for their sticky fur which, being cheaper than buttons and zips, they used to fasten Victorian coats and britches. The last of the Cocklebur Icks, spotted in the Battersea area of London in the early 21st Century, has every reason to fear humans. 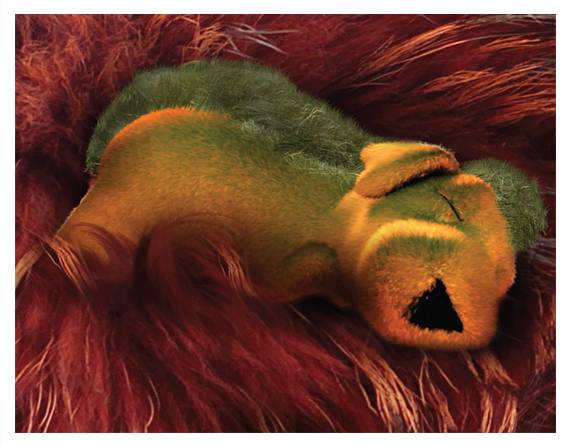