Dodos are one of the world’s most famous extinct creatures. Ono the Dodo now lives in an old straw bag on the sand dunes that lead down to the beach on Infinity. She’s a friendly, if rather silly, bird but doesn’t like humans very much because they led to the extinction of her entire species. Indeed, it was the Dodo’s trusting nature that led to its extinction. As with many animals evolving in isolation away from enemies, the Dodo was entirely fearless and this, in combination with its flightlessness, made it an easy target for humans and their pets. When humans first arrived at the Dodo’s Island of Mauritius, they also brought other animals which plundered the Dodo’s nests, while humans destroyed the forests where they made their homes.

Caught and eaten by people and people’s animals. 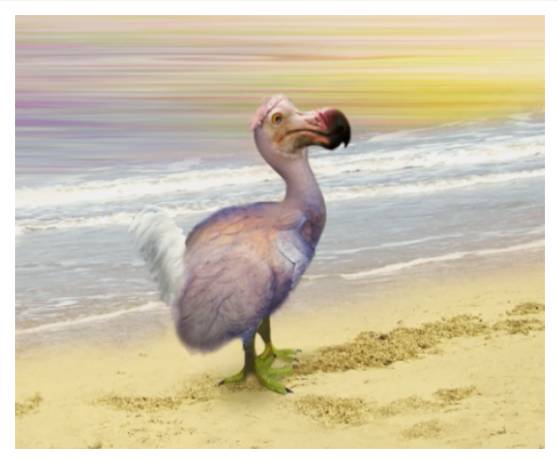