The Herculous had two sets of double wings, a balloon-like inflatable gas bag for extra buoyancy and, of course, the ability to propel itself at super-sonic speeds using… Wind Power! The Herculous’s bi-wing design was soon overtaken by simpler single-winged flying reptiles and its gas bag, which used a highly combustible methane gas, meant that the unfortunate creatures were prone to explode, especially during ‘blast off’. On Infinity, Herc who has promised NEVER to use his dangerous Wind Power ever again, now provides Patrick with a sort of jumbo taxi service, ferrying him around Infinity as he performs his duties.

As temperatures on earth rose, the sight of exploding Herculouses became all too common. The last Herculouses finally blew up together 65 million years ago – some say the cause the famous Cretaceous mass extinction. 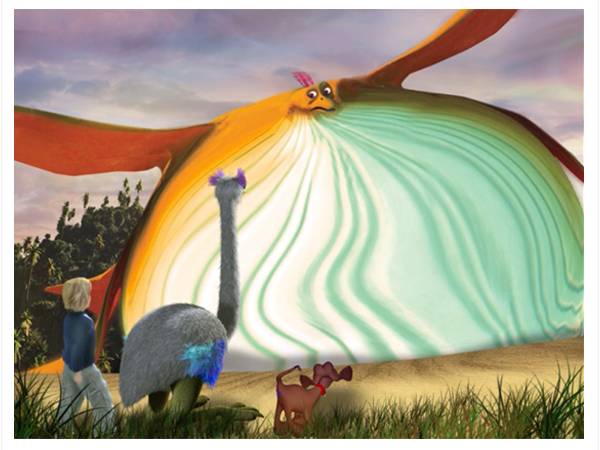