Matthew Sweetapple wrote a song called “Rockford’s Christmas” for fun and gave it to his young niece as a Christmas present. 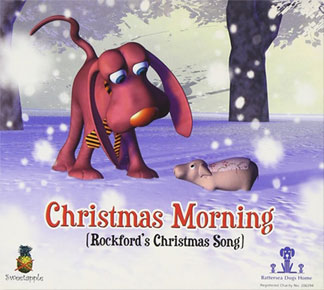 People started requesting copies of ‘Rockford’s Christmas’ and the song was sent out on CD as a Christmas card.

With the song established as a Christmas favourite amongst friends and family, Matthew and his wife Elaine were getting a bit of a name for themselves in ‘alternative charity’, through their creative ideas such as Peeball (visit www.sweetapple.co.uk). 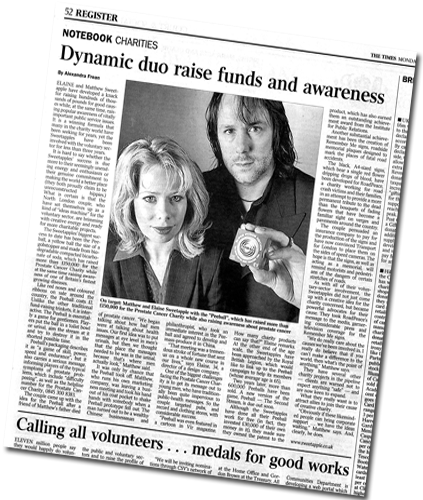 Rockford’s Christmas Song was re-recorded, and an animated video created. 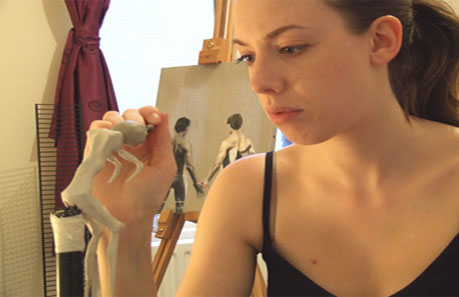 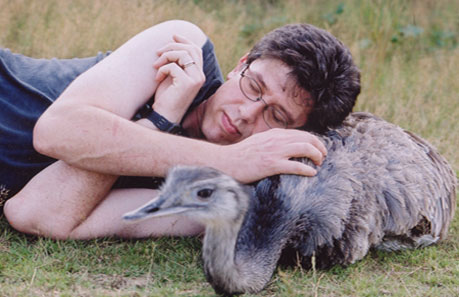 Steve Skinner creates all our animation.

As Rockford was a Battersea Dog, he was presented to Battersea Dogs and Cats Home to help them get that crucial Christmas coverage and raise funds.

Although the song may not have reached Christmas No.1, it did get into the charts, and it was featured on TV.

space
space
Everyone was delighted. 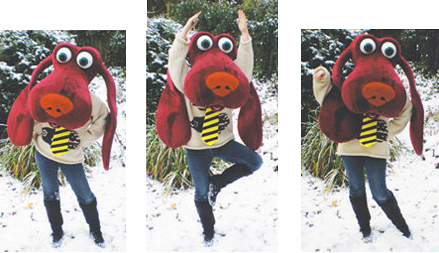 “As soon as Boxing Day dawned we realised that, despite all the pre-Christmas work and lots of new fans, we had nothing else to offer. If Rockford was to become anything more than a bit of Christmas fun, we had to do more!”
Matthew Sweetapple

Just after Christmas 2005 the story of Perpetuity/Infinity and Rockford came together into Rockford’s Rock Opera. Later, when new stories were created, to be retitled ‘Lost on Infinity’!

By Easter, we had completed what was to become the first version of Rockford’s Rock Opera, narrated by Elaine. It was about 30 minutes long but, even in this draft form, showed the promise of what was to come. 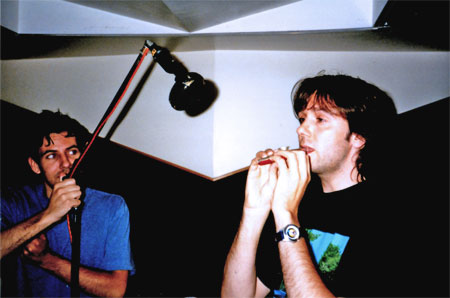 It was clear from our first version of the story that, much as we had a clear idea of the story, we would need a real scriptwriter, actor and comedian to take the tale forward. Lucky then that we knew Steve Punt!

Steve and Matthew had first met in the lowest Maths stream at school. Immediate friends as a result of a mutual hatred of Maths and love of music, they formed the two-man band, Russ Wall. One of Russ Wall’s first recordings was, notably, an audio story called “Seal Cull”… and it was a sign of things to come. 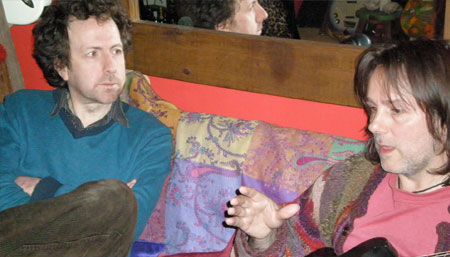 Once Steve was involved, the story and characters came to life. Bringing lots, including some vital plot, to the story, Steve’s input meant Rockford’s Rock Opera took on a whole new dimension.

Visitors to our house were usually asked to perform a character or help us with sound effects.

Scriptwriting and recording continued and by early 2007 the structure of the story was established and the recording of the full version of Lost on Infinity/Rockford’s Rock Opera began. By this time our sound engineer, Sean, had departed for medical school and been replaced by the equally talented, Steve Cooper.

Also, around now, Elaine started learning Photoshop on her Apple Mac and Matthew started using Logic. Looking back on it, this was a huge turning point, as it allowed us to spend hours and hours perfecting both the look and sound of the story.

Matthew spent hours in the attic, recording and writing songs and experimenting with sound effects. 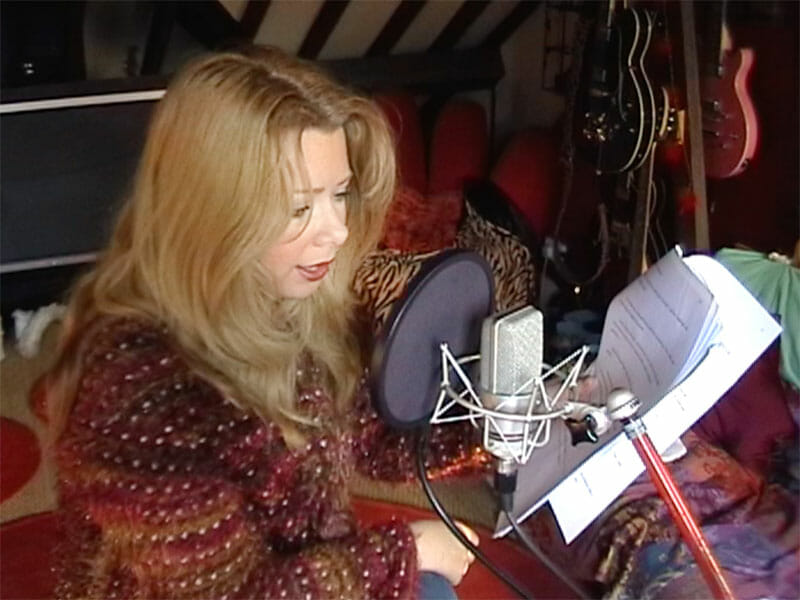 Matthew and Elaine recorded many of the sound effects and played several characters.

Sean spent 2 days sitting in the attic perfecting Rockford’s ‘wind’ noises – which were later to become a trademark of The Herculous.

We must mention here another person who has been of fundamental importance to the creation of Rockford’s Rock Opera. Chiz Willis is Rockford’s illustrator and storyboard artist. His line drawings are the inspiration for many of Rockford’s characters and videos. 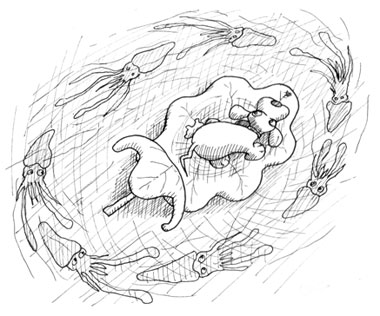 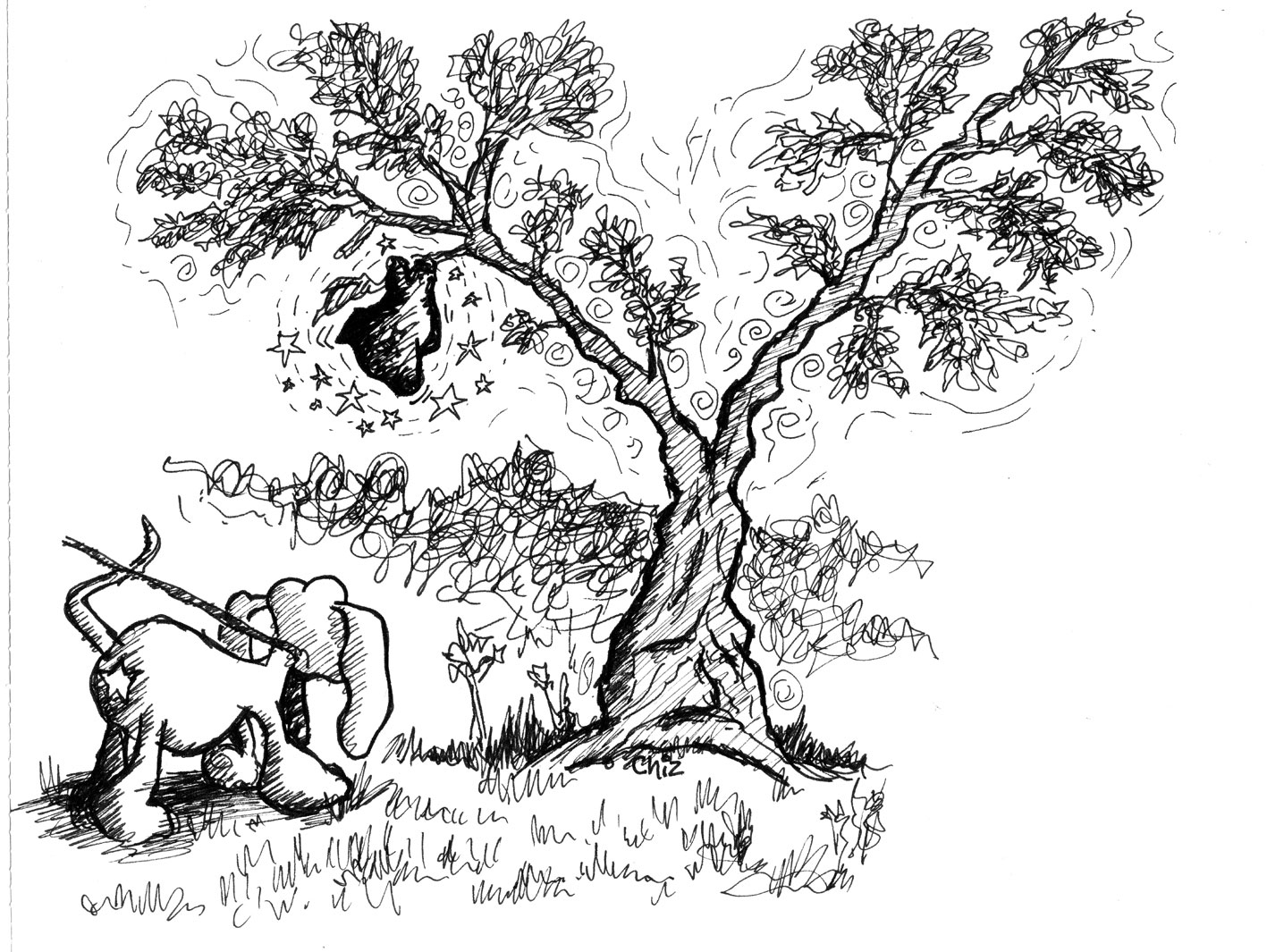 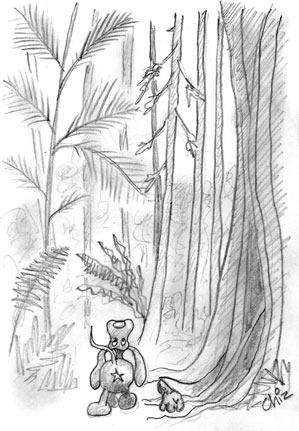 By September 2006 the Sweetapples were ready to audition for Moog, who they discovered locally at the Susie Earnshaw Theatre School, in Barnet. Recording started in 2007.

Aidan Judd was 12 years old when he recorded with us. He added loads to the character, improvising some of our favourite lines – especially impressive when you realise he had to record all his speeches without the other characters’ voices or effects. 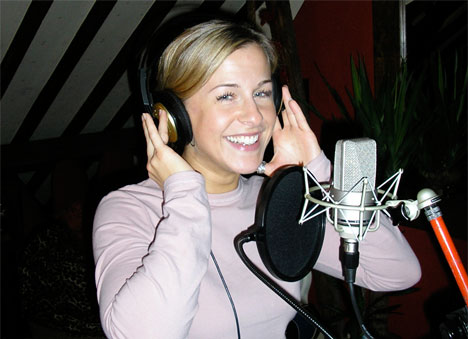 And, of course, we must thank Jess Pendall (now Jess Hodge), whose wonderful vocals are featured throughout Rockford’s Rock Opera, notably on This Tail is True and Happy and Free, both recorded during 2006.

And so, recording continued, Elaine and Matthew working long hours every night to progress the story. By now, Elaine was, starting to create colour pictures to accompany the story and design the Rockford’s Rock Opera website. 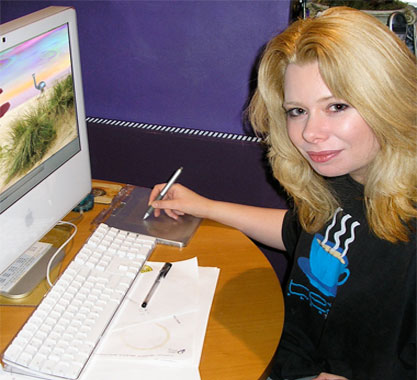 Throughout 2007, working with Steve Punt, Steve Cooper and friends, Matthew and Elaine perfected Lost on Infinity/Rockford’s Rock Opera, creating pictures for the website and, with Steve and Chiz, producing videos. A new group of Rockford fans was growing, and our simple story had developed into a 2.5 hour multi-media musical! 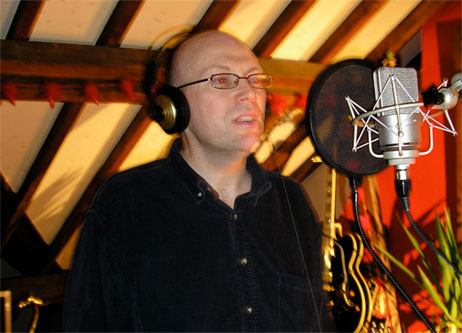 Simon Chandler sang ‘We are the Spooos’ and also provided the news reports for the story – in German.

After mastering with Doug Shearer at Townhouse Studios, Rockford’s Rock Opera was finally finished in December 2007, the final CDs arriving just in time for Christmas.

So this was just the start of our story.

Over the following years, the fame and fanbase of Rockford’s Rock Opera grew – first via CDs and the web, then via Apps and, most recently, Audiobook sites. Over 30,000 schools have used our educational materials and well over a million people have downloaded the story.

There’s lots more to tell, including news about some very exciting new developments and new stories but, for now, we’ll leave our story here.

Thanks for listening, and please keep in touch. 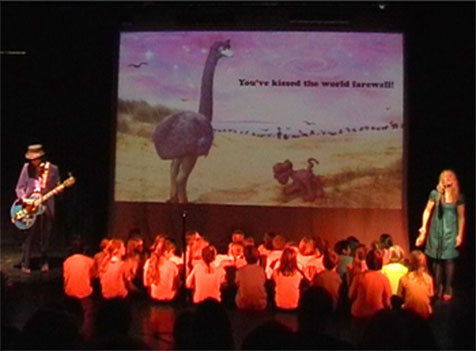 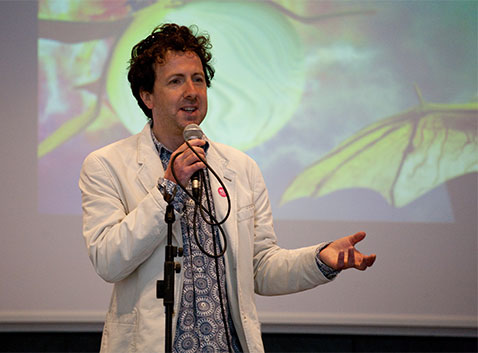